A song from Spawn of the Beast, from the album's launch show...the first word of the song being the most essential...Establishment attempts to appropriate, misdirect and absorb environmental activism, using IPCC's asinine pseudo-science, don't wash with me. Grass roots is where it's at. Agenda 21 / 2030 is no joke or theory. It's a factual UN document, that gradually subverts us toward a global neo-Marxist socio-economic 'climate'; resembling a technocratic form of totalitarianism that Hitler, Sir Francis Galton, or Stalin would have had wet dreams about. There's a reason behind the fact our secret leaders have not just allowed, but encouraged the destruction of our environment in the last century. Corporate media, and academia promulgate an orthodox approach toward those that question their subversion; that is no different to how the church used the condemnatory notion of blaspheme to enforce their questionable theology. I am a musician, yet it seems sensible that there would be no room for orthodoxy, when it comes to actual science. The global alarming 'debate' resulting in another form of ideological division that fractures, and thwarts our unified social impulse toward causation, or affective solution...if the establishment really cared about our environment, we'd be hearing and doing much more about Fukushima, and other most serious, pressing, and immediate environmental predicaments 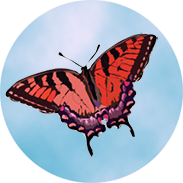